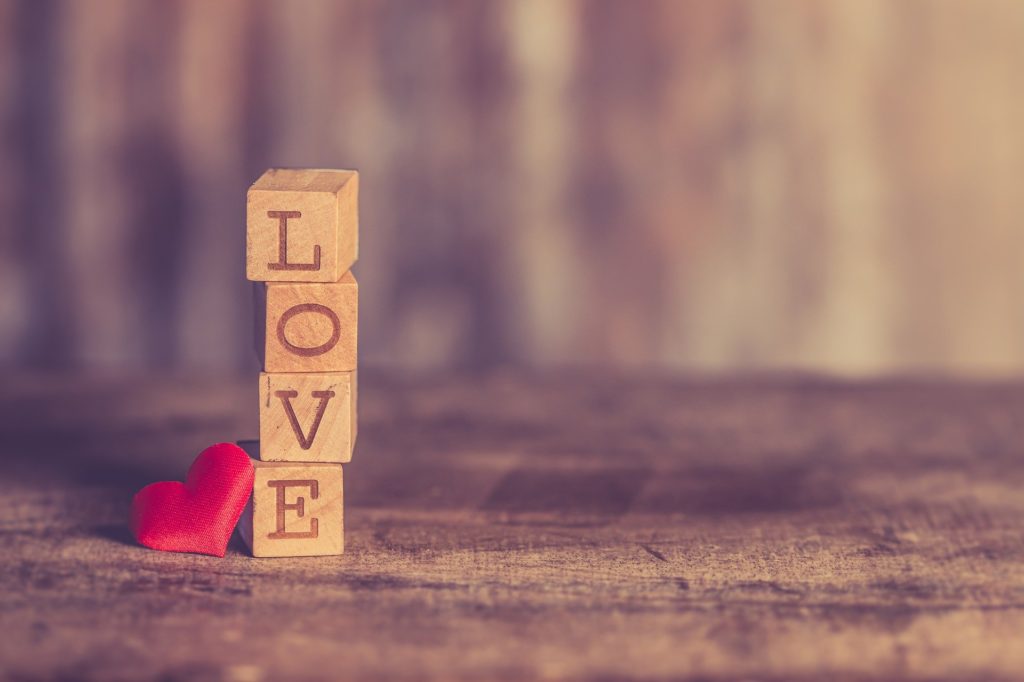 Trigger warning: If you don’t believe in the Law of Attraction or the power of your subconscious mind, please close this article. I am also NOT victim shaming. I’m simply sharing what helped me and what could help you. If you have your own interpretation of what I write, that’s not for me to deal with. And please read the entire article before commenting.

“I’m going in for someone else. Please tell my mom. I love you.”

He had hung up.

To this day, I don’t know if what he said was true because his record of lies was as bad as his criminal record and even longer than that.

He had cheated. Several times.

Promised to pay me back money I had lent him. And so on.

You would think I finally kicked him to the curb after he went to jail.

But no, we had been here before. This time, I even visited him there. And to my amusement, he accused me to have flirted with the guards. Even though I had forgiven him all the above and still stuck with him.

Can you see what kind of guy he was?

Four years on and off I kept going back.

When we were off for a while, I dated an alcoholic. The alcoholic’s second girlfriend answered his phone on Valentine’s Day. She told me he had shot his ex-wife in the butt while she was pregnant. Now THAT was even too much for me to handle, and so it wasn’t a problem for me to leave this dude. His second girlfriend stayed for a few months after.

Another time, me and the first guy were off, I seduced a guy who was in a relationship going downhill. We got drunk at one of my house parties.

Nothing really happened because the alcohol had gotten the best (or worst) of us, so we fell asleep.

I woke up with his friend touching me down there. Is there something like finger raping? Whatever it’s called, the friend was definitely violating me.

Would you believe me now that I know what I’m talking about when I said f*c! boys?

The guys I date today would never believe my past. They are the kindest, sweetest, most giving and loving people I’ve met. They arrange for dates, pay everything, hold doors, push chairs, some even ask for permission before they kiss me, call me their queen and treat me like a Goddess.

But what happened in between? What changed?

The simple answer is: I. I have changed.

My behavior. My standards. My confidence.

Also, I found out what had led me to dating bad boys in the first place.

And I learned about the Law of Attraction.

I discovered the role I had played into who I had attracted – consciously and subconsciously – meaning knowingly and unknowingly.

First, I want to clarify something: I’m not saying that us as women are at fault or attract sexual harassment, rape, or the like consciously, meaning knowingly.

However, what I’m saying is that when we were children, our subconscious minds were wide open, taking on anything without questioning it. We stored beliefs, patterns as well as whatever our parents, friends, and teachers said. These can include: “I am not worthy of XYZ [money, love, etc.]. I am lazy. I am ugly.” If we never work through these as adults, we can attract circumstances into our life unknowingly because our subconscious minds’ programs rule our lives.

Turns out, I did just that:

In my childhood, my “normal” was seeing my parents fight, my dad being violent at times – in short, chaos became my comfort zone. Drama, screaming, and arguments were what I was used to. I didn’t know what a loving relationship was supposed to look like. As a young woman, this subconscious comfort zone resulted in me attracting guys who meant drama, screaming, and arguments. Anything far from a functioning relationship. Anything far from love, loyalty, trust and respect. I didn’t value myself back then. I lacked respect for myself. And I didn’t know about self-love. Nobody had ever taught me.

But I began to get tired of what my “love” life was. I looked at other couple’s healthy relationships and I wondered why I never went for the nice guys. I had met them. Definitely. At first I thought they bored me. But in fact, “nice” was out of my comfort zone. It made me uncomfortable. It was new to me. Nice was unknown territory. Here are a few examples of what I reacted to nice things nice guys did.

My reaction: “What? How can you think I’m beautiful?”

All my subconscious mind had taken on during childhood was “Your hips are too big,” “Your ass is too fat,” “Your boobs are too small.” My subconscious mind established these beliefs as truths. Consciously, I knew they were wrong, but because our subconscious makes up 95% of our brain, the conscious 5% were easily overpowered.

Nice guys would invite me for lunch or dinner.

My reaction: “What do you mean you want to pay for me?”

My subconscious mind was confused. All it had known prior was to work for what I wanted and to always owe someone something in exchange for what they had given me.

Nice guys told me they loved me.

How could I be able to accept a guy who had only known me for a short while to tell me they loved me without me loving myself? I had never heard these words growing up. NEVER. From anyone; my parents didn’t throw these words around. My love language is quality time, but nobody in my childhood was able to properly give me that. So it took me 25 years until I understood people had different ways of expressing love besides verbalizing it.

Anyway, so before my last quarter at university, I made the decision that I could no longer date f*c! boys. I wanted better. I was about to start a new job, a new chapter of my life, and if I wanted to stay in Los Angeles (which I did), I had to take care of myself.

I couldn’t be lied to or cheated on anymore, let alone deal with the gangster sh!t these grown men were getting into. But no matter what they had done, forgiving them included compassion and the knowledge and acceptance that they, too, were only acting off of what had been programmed into their subconscious mind during their childhood, which was most likely a whole lot worse than mine.

When I decided to stop dating f*c! boys, the gentlemen entered my life. Hallelujah. Slowly but surely, they taught me that kindness can be sexy. That love means loyalty, support, care, and respect. Jealousy, lying, and cheating weren’t the norm anymore.

At the same time, I started my self-development journey, engulfed in books, videos, podcasts, and seminars to become the best version of myself.

I changed how I viewed myself.

I started acting with more love and honoring my truth.

I cut out people from my life that weren’t up to my standards anymore.

I learned how to say no.

I became the person I wanted to be with. The person I would love if I surrounded myself with her.

That took years. But it’s been an incredibly rewarding journey.

And the better I became, the quality of people who entered my life increased.

I also stepped out of victim mode. Instead of blaming others, I ask myself how I could have avoided certain situations and how I could improve.

Letting the role of a victim fall off me has been by far the most empowering thing I have done.

At the end of the day, I am the creator of my life. I decide what’s happening. I choose my reality. It all starts with me. The bad and the good. And I choose the good.

If you wonder why I’m not speaking about having found The One, I’m simply not ready and available to make this commitment yet. As soon as I am, this guy is going to be the best guy I’ve ever met. Why? Because the guys I meet just keep getting better and better and The One will not be an exception!